If you have a cat that sleeps a lot to the point of making you feel jealous, don’t worry, cats can sleep as much as 15 or 16 hours every day with no guilt. However, cats are very adaptable creatures and they have the ability to change their sleeping pattern depending on the activity level at home.

If your cat keeps you awake at night pouncing toys or knocking over items around the house you can try to switch his sleeping habits by playing with him during the daytime so at night he will be more tired. Let’s understand why cats sleep so much and what we can do about it.

Most felines are crepuscular which means they are more active at dusk and dawn. That’s why cats sleep during the day because it’s the time they recharge their energy to be ready to hunt when dusk or at night. Though domestic cats don’t need to hunt because they have the food they need at home, they still carry these traits from their wild ancestors. Domestic cats have the genetic information that tells them to hunt at night and so they play, hunt, and pounce at toys instead of real prey. That’s why it’s so important to play with cats that spend most of the day being alone because they sleep a lot. This extra sleep in the daytime causes them to build up energy that needs to be burned when you get home.

Some cats can switch their sleeping habits if they are deeply attached to their owners’ activity. If your cat likes to be with you, follows you and watches whatever you are doing, your feline friend will be active during the daytime and won’t sleep that much. Actually, when cats are indoor-outdoor they enjoy walking patrolling their territory during the daytime, chasing some butterflies or birds.

If a cat is used to have activity during the daytime and if that routine changes, the cat will sleep through it. When cats develop a dependency of their activity on their owners and if they don’t have that attention anymore, they will sleep. Also, when cats are alone and don’t have any toys or games to play, they sleep.

In other words, when a cat has stimulus at home during the daytime the cat will adapt its behavior to being more active. If a cat has lack of stimulus or if it’s alone at home, it will sleep most part of the day.

Sometimes we think that our cat is spending most of its time sleeping but in reality some of this sleeping is not deep, the cat is simply dozing a light sleep in which its body is in vigilant mode. You will notice this when a cat moves his ears as he hears noises. This dozing is an inherited behavior from the wild feline that helps cats rest during the daytime when they are in areas close to predators. If your cat is dozing and you suddenly call him to play or open the door for him, he will switch to active mode much faster.

Though the cats’ behavior and personality can’t be determined only due to their breed, some types have a tendency to be a little lazier than others. Breeds such as Siberian Forest, Tonkinese, Ragdoll, Maine Coon, Burmese, Exotic, Persian, and Russian Blue, sleep much more than breeds such as Birman, Manx, Bengal, Siamese, etc. If your cat belongs to one of these breeds and you find that your feline friend sleeps a lot, it could be due to genetic traits of your kitty.

If your cat is sleeping all day and shows no sign of excitement to play or doing much anything, it could be related to some health problems. Conditions such as anemia or hypothyroidism cause the cat to sleep all day. If your cat shows signs of lethargy at all times you need to take your kitty to the Vet to discard any underlying health issues.

Seasonal affective disorder is a type of depression that is caused due to the lack of sunlight that affects the serotonin levels. Cats are much more sensitive to sunlight than humans and they experience seasonal depression much deeper than humans. Seasonal Affective Disorder in cats usually begins in the fall and it continues through the winter months. If your cat sleeps much more during fall and winter, showing also signs of being moody, it may be due to the lack of sunlight.

Lorena Avila is a Marketing Engineer, Writer, cat figures collector, cat lover and cat owner, but above all a very passionate investigator of felines. She started investigating cat products 7 years ago when she couldn't find reliable reviews on the internet to buy an automatic feeder for her own cat and since then she has been helping others providing honest information online.
Follow her on Twitter, Facebook, Instagram and YouTube.

This site uses Akismet to reduce spam. Learn how your comment data is processed. 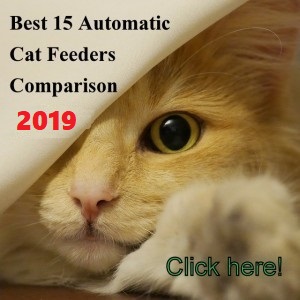 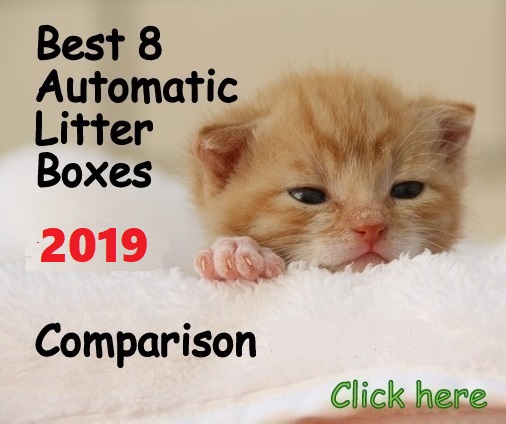